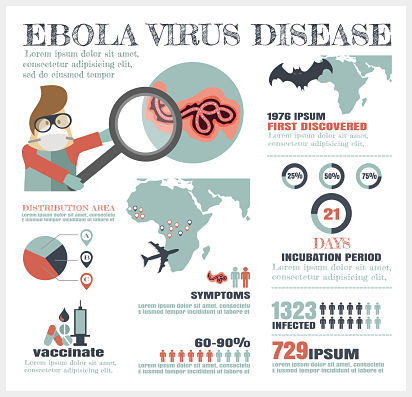 At Sabetha Community Hospital the well-being of our patients, communities, employees and physicians is our highest priority, and we are committed to delivering safe, high-quality, exceptional care under all circumstances. Although we believe the risk of contracting Ebola in our communities is low, our medical providers are taking extensive measures to ensure we are fully prepared to protect and care for our patients:

We are working closely with public health authorities.

We have enacted extensive screening protocols at our hospital and clinic.

We are providing Ebola-specific hands-on training; refining our procedures and protocols to reflect the latest developments; and practicing for possible scenarios.

We have created specific emergency response teams that are working to prepare for and respond to this concern.Ebola is spread through direct, unprotected contact of bodily fluids. Ebola is not spread through air, water or food. A person infected with Ebola cannot spread the disease until symptoms appear. Symptoms include fever, severe headache, muscle pain, vomiting, diarrhea, stomach pain, and unexplained bleeding or bruising. 10 Things to Know About Ebola 1. The 2014 Ebola epidemic is the largest in history, affecting thousands of people in a multitude of countries. There have been three confirmed cases in the U.S., and national attention on the issue has grown substantially in the last week. SCH, the Centers for Disease Control and Prevention (CDC) and public health officials are taking all precautions. 2. Ebola is not spread through casual contact, and people are only contagious when they are exhibiting symptoms. Exposure comes through unprotected direct contact with bodily fluids such as blood, sweat, tears and vomit. 3. The CDC has a robust and effective plan to prevent outbreaks and the spread of disease in which it is able to trace and identify potential exposures, isolate people who may be at risk, and monitor travel and activities that could lead to further spread. A CDC rapid-response team will deploy to any hospital in the U.S. that receives a confirmed case. 4. Ebola, previously known as Ebola hemorrhagic fever, is caused by infection with one of five known virus strains. The natural reservoir host of Ebola remains unknown, but researchers suspect it is animal-borne and most likely from bats. Four of the five strains occur in animals natural to Africa. 5. Recovery depends on a patient's immune response. People who recover develop antibodies that last for at least 10 years. 6. Symptoms may appear from 2 to 21 days after a person is exposed to Ebola, but the average is 8 to 10 days. 7. No specific vaccine or medicine has been proven to be effective against Ebola. Some experimental treatments have shown promise in animals but have not yet been tested in randomized trials with humans. 8. Symptoms are treated as they appear, but early interventions can significantly improve the chance of survival. Those include:

Treating other infections if they occur9. Rigorous travel protocols have been put in place by the CDC and international health organizations to prevent travelers from spreading the disease to other countries. 10. People can protect themselves from exposure by doing the following:

Avoiding contact with blood or bodily fluids of any person, particularly someone who is sick.

Avoiding handling items that may have come in contact with a person's infected blood or fluids.