Click HERE to access your patient portal account.
Please Excuse Our Progress Our Website is currently under construction to make it more user friendly and accessible to all of the communities we serve. 720 Hospital Dr. Andrews, Texas 79714 432-523-2200 Mission Statement: Permian Regional Medical Center strives to provide quality, compassionate and professional health care to our patients, staff, and the community through continual quality improvement and to be fiscally responsible to the Citizens of Andrews County. Vision: Permian Regional Medical Center’s vision is to maintain regional healthcare leadership in rural West Texas while providing quality care, at a cost-effective price. Vision will be accomplished through education of staff, new technologies, and through hospital strategic/business plan. Equal Opportunity: It is the policy of Permian Regional Medical Center to provide equal opportunity to persons regardless of race, religion, age, gender, disability or any other classification in accordance with federal, state and local statuses, regulations and ordinances. Career Opportunities *General Application *Home Health And Hospice *Maintenance *Nursing *PRMC will conduct a criminal background check and drug screen prior to employment* Updated 11/13/2015 Please contact Human Resources at (432) 464-2307 for inquiries regarding the application process. You may also fax your resume to (432) 464-2180. 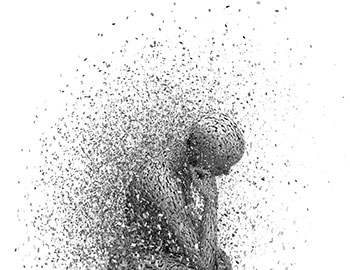 Combating loneliness is increasingly gaining attention as the healthcare industry tries to deal with the social determinants of health. Several studies are linking spikes in mortality to a person's social isolation with studies showing the following:

LONELINESS CAN RAISE YOUR RISK OF HEART DISEASE
It has been found that there is a direct correlation between loneliness and heart disease. Studies have shown that people with fewer social ties have a 29% higher risk of having heart disease.

DEPRESSION
It has been shown that the link between loneliness and depression has been written about with a great deal of frequency. Loneliness can lead to the onset of depression.

LESS RESTORATIVE SLEEP
People who are lonely show less restorative sleep than those with strong social bonds. They are light sleepers, toss and turn more and feel more tired in the morning.

MORTALITY RATES CAN INCREASE IF YOU ARE LONELY
One study showed that loneliness can increase a person's risk of mortality by 26%.

LONELINESS IS AS BAD FOR YOU AS OTHER CLINICAL HEALTH CONDITIONS
One study found that the fewer social interactions a person had, the more chance they had of dying. Additionally, it was found that being lonely for a significant period of time is as bad for you as smoking and other clinical health problems.

One in three people over the age of 45 reported being lonely. In adults ages 50-80, 34% feel a lack of companionship and 27% feel isolated from others. Twenty-eight percent of people over the age of 65 live alone. Medicare spends $134 more per month for each socially isolated adult than it does for people with normal levels of social contact. That equals $6.7 billion annually.

If you are someone that deals with loneliness and have any of the above issues, please contact your local physician or call Sabetha Family Practice at (785) 284-2141 to make an appointment for help. Your life, health and happiness are SO worth it.